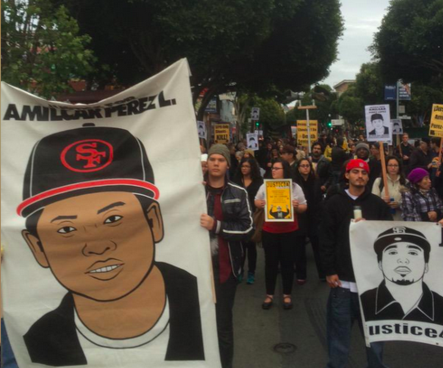 After we learned that SFPD had killed Amilcar by six shots to his back when he was running for his life, we joined neighbors in a vigil at the site of his shooting, then marched to Mission Police Station to demand justice.​ 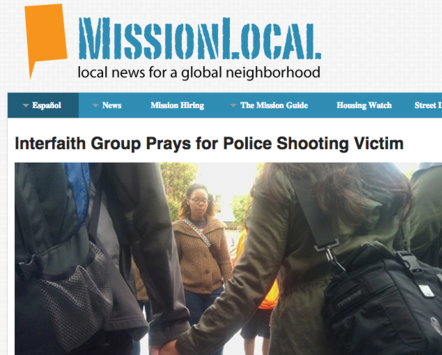 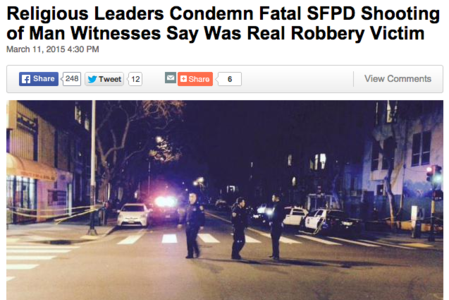 A few days after Amilcar's killing, we held a press conference on the steps of City Hall, calling for an independent investigation into the cause of his death. 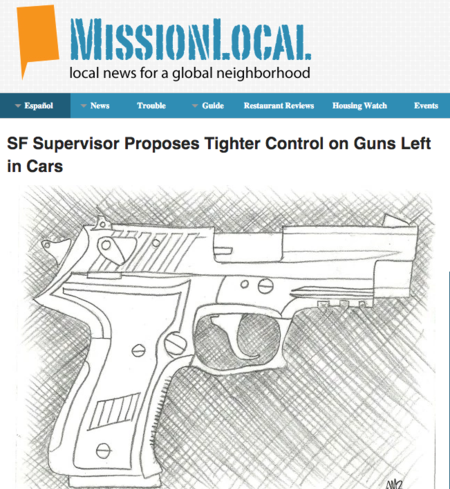 On Monday, September 28, we organized a memorial for Amilcar on the steps of San Francisco's Hall of Justice. We prayed, read the names of all the victims of SFPD violence over the past 15 years, and delivered a petition to District Attorney Gascon urging him to criminally charge the officers who killed Amilcar. 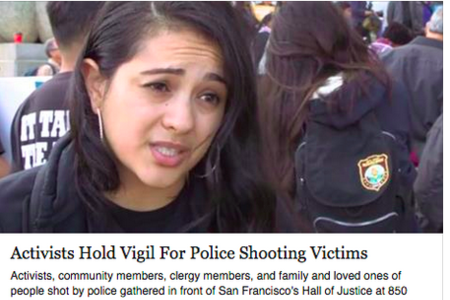 Fr. Richard spoke on behalf of a proposed gun control ordinance, mentioning our work in the Nightwalks

Our Nightwalks in the News

Here are a few press clippings from our recent Nightwalks and actions. (Click each image to read the corresponding story.)​​​​